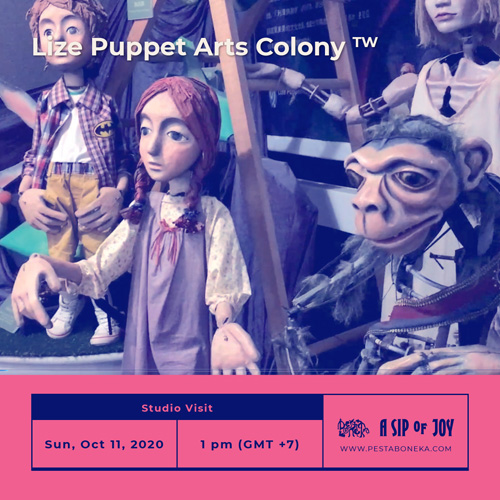 Studio Visit
Studio Visit PETER BALKWILL (CANADA)
Discussion
Peter Balkwill is a founding co-Artistic Director at the Old Trout Puppet Workshop in Calgary, Alberta. He
holds an MFA in Acting from the University of Washington in Seattle, and a BFA in Theatre from the University of
Victoria. He also serves as the Co-Artistic Curator for the International Festival of Animated Objects, held every
two years in Calgary, Alberta.
While studying, Peter focused almost exclusively on the physical application of theatre both in creation as well
as acting and directing. He has taught as the head of movement at the University of Victoria and facilitated
workshops with companies across Canada, U.S. Denmark, and France - including as Director of the Banff Puppet
Intensive at the Banff Center for Arts & Creativity, and Co-Director of the New England Puppet Intensive. Peter is also the drummer of the boot-stomping, punk-bluegrass, hollar band called The Agnostic Mountain Gospel Choir.
PLEASE ROTATE YOUR DEVICE