ABOUT
"Pesta Boneka has truly succeeded in sharing the rich culture and heart of 12 Indonesia with participants and guests from all corners of the world. Hearts were deeply touched and minds were strengthened to encourage each of us to keep inspiring and healing the world around us."
Bernd Ogrodnik & Hildur M. Jonsdottir, World of Puppets - National Theatre of Iceland 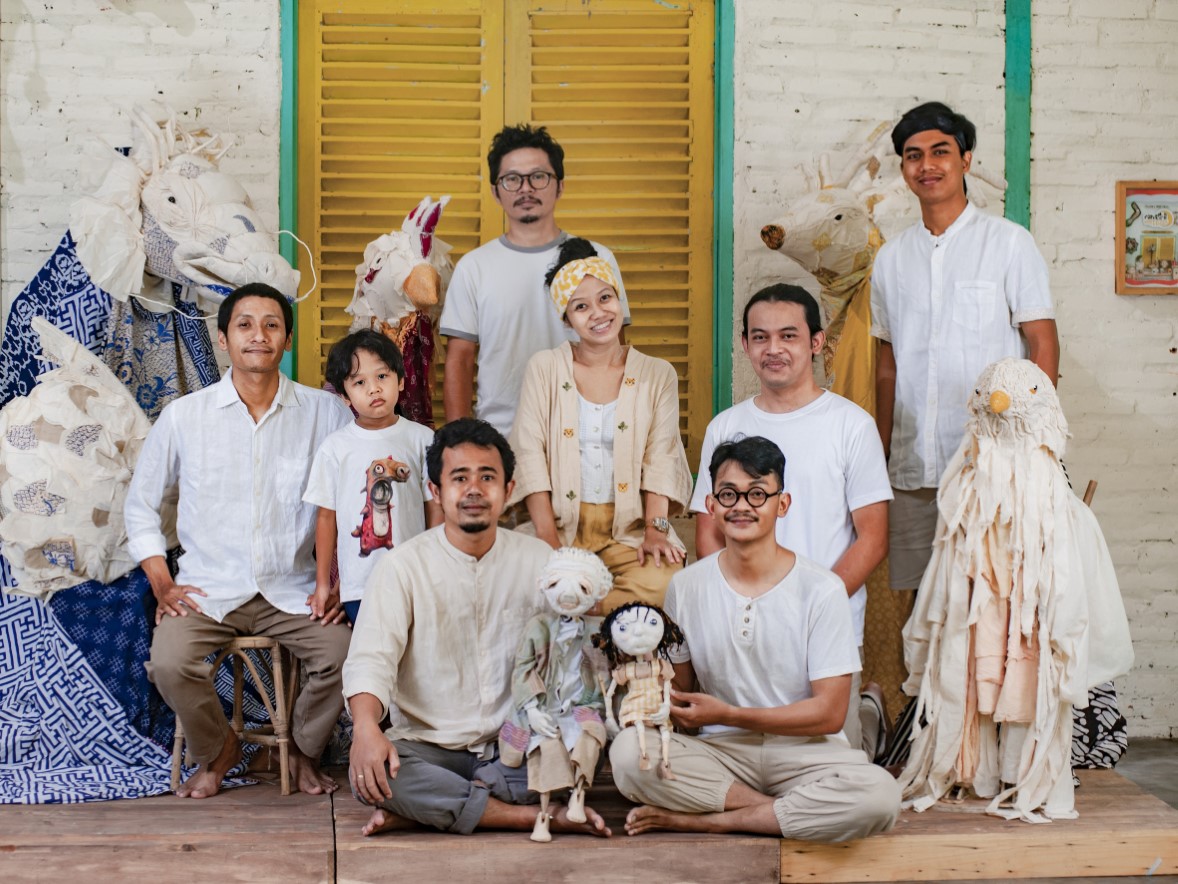 THE PAPERMOON PUPPET THEATER is a well-known-contemporary puppet theatre from Yogyakarta - Indonesia, that has a passion for exploring the boundaries of puppetry. Papermoon was founded in 2006 by Maria "Ria" Tri Sulistyani, a children's book illustrator and actress. Originally a studio for fine art and performing art for children, Papermoon became a full-time puppet theater in 2008 under the guidance of Ria and her husband Iwan Effendi who is also an artist. Since then, the couple has created shows that both shock and delight mostly adult audiences.

The couple's first production to address more weighty themes was in 2008 when they performed Noda Lelaki di Dada Mona (A Man's Stain in Mona's Chest). Puppets were used to convey a sexually- and politically-charged narrative that moved people and led to sold-out shows. After this, Ria and Iwan became committed to creating provocative performances about social themes for adults, attracting large audiences in Indonesia and abroad. The production Mwathirika (victim) toured extensively in the United States in 2012 and has been performed often around the world, including Scotland, the UK, and Australia. Mwathirika delves into the history of Indonesia between 1965 and 1966, a dark chapter of the country's history when an estimated half a million people were killed during the government's anti-communist purges. Some other productions by Papermoon include Laki-Laki Laut (Men of the Sea), Setjangkir Kopi dari Plaja, Surat Ke Langit (Letters To The Sky), Sematakaki (produced and performed at the University of New Hampshire), Suara Muara (The Sounds of Estuary), The Translucence, The White World of Siwa and Malini.

In the years 2015 and 2017, Papermoon Puppet Theatre was invited by The Museum of Art Kochi Japan to present their work for 1 month; doing a collaboration with foreign artists from Germany and Dutch, making 2 different performances that were toured to Europe, and by the end of 2015, they built a world premiere production under the invitation of the University of New Hampshire that will be presented in the US. Papermoon also does lots of collaboration with various artists from different fields in different countries, such as Australia, Japan, Mexico, and Thailand.

They have been presenting their commissioned works in several museums, such as the Singapore Art Museum, National Gallery of Singapore, Museum of Art Kochi Japan, and Stedelijk Museum Bureau of Amsterdam.